Shin Bet Agent During Elad Manhunt: “I Know About Dirshu and I Understand Its Importance!”

Lomdei Dirshu Take Test While City is Under Siege 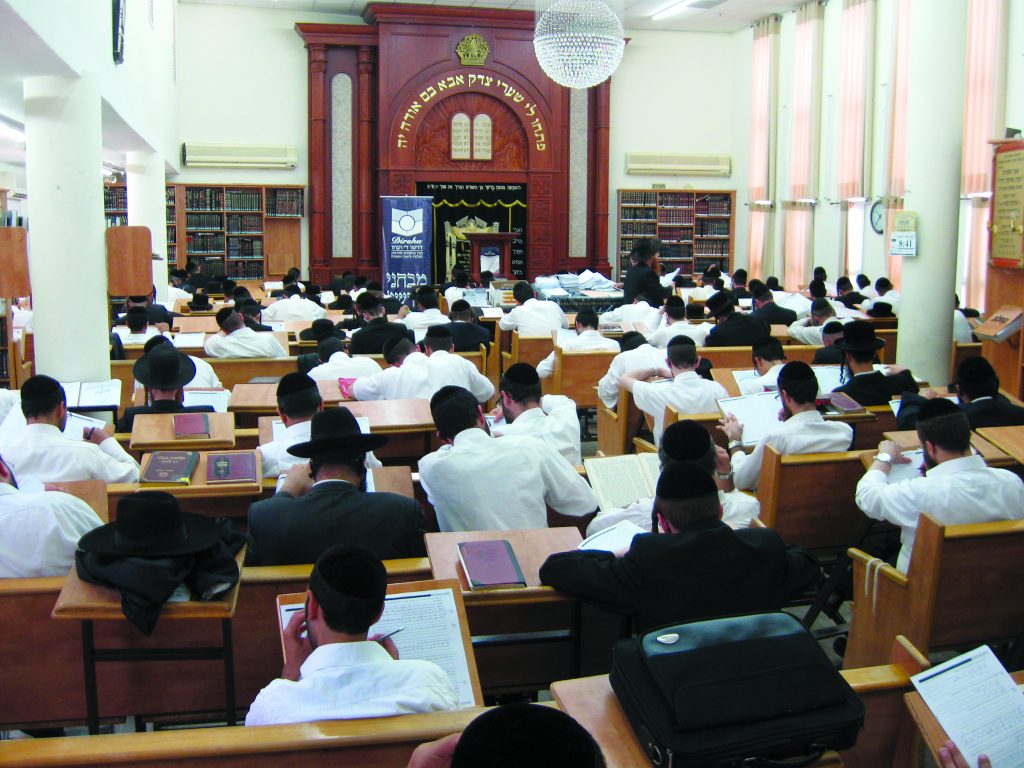 A day before, it appeared that the second test in the Machzor Sheini of Daf HaYomi B’Halacha would be a routine Dirshu test despite it being a bit of a milestone. Lomdei Daf HaYomi B’Halacha were completing the laws of tzitzis and progressing to the laws of tefillin. The test in Eretz Yisroel was scheduled for this past Friday morning, 5 Iyar/May 6.

In the city of Elad, the main Dirshu testing site is at the Derech Chaim Shul and what transpired the night before, a few feet from the Derech Chaim Shul, changed everything. On Thursday night, bloodthirsty Palestinian terrorists infiltrated the city and murdered three Jews in cold blood in the most gruesome way. May the zechus of the holy neshamos of those kedoshim – Oren Ben Yiftah, Yonatan Havakuk, and Boaz Gol, hy”d, protect Klal Yisroel.

Even worse, the terrorists escaped before they could be apprehended, and a massive manhunt was underway. Elad inhabitants were advised by police and security services to stay at home until the killers were apprehended.

“On that Friday morning, following that terrible night, where innocent blood was ruthlessly spilled, I was sure that most of those scheduled to take the test would simply skip that months test, or would ask me to fax them the test so they could complete it at home. That morning, I met with a senior police officer who had arrived in Elad, and I asked him if, from a security perspective, we could hold the Dirshu test, or whether it would be advisable to be cautious and cancel it, given that the manhunt after the terrorists was still in high gear, with no information on where the terrorists might be hiding out.

“The officer told me not to worry – he explained that Elad was full of security forces,” Rabbi Barkatz said. “’I don’t know if I’m permitted to reveal the number,’ he told me, ‘but it is a very large number, almost ridiculously large, with some in uniform and others in plainclothes, as well as Shin Bet agents and special forces from the police and the army.’

“I was amazed,” said Rabbi Barkatz, “at the next words I heard from the clearly non-religious officer. He added that he was familiar with the Dirshu program and recognized its importance. He said to go right ahead with the test, and in order to provide me with an added sense of security, he said he would send special protection.”

Indeed, that was what happened. “During the test, I could see security officers outside the shul, some in uniform and others in plainclothes, and inside the building there was a civilian security officer armed with a gun, constantly scanning the surroundings to be ready to pounce on a threat the moment it emerged.”

“It was an amazing testament to the unique nature of Dirshu, and its importance throughout the country, even beyond the frum enclaves. That, however, was not the only thing that completely amazed me,” continued Rabbi Barkatz. “To my surprise, everyone came to be tested; not a single regular was missing! Now remember, paralyzing terror had gripped the residents of our city, yet the test is such an integral component in the lives of lomdei Dirshu that they still came!

The sound of helicopters was reverberating over our heads. On the one hand, the security presence gave us a certain sense of protection. On the other hand, it also served to remind us that the terrorists were still at large, and we were still in danger.”

“During the test, the atmosphere in the room was thick with sadness and worry. We were all thinking about the families of the Yidden who had been brutally murdered and the fact that the terrorists had not been captured was clearly weighing heavily on all the test takers, but lomdei Dirshu are not deterred. As long as the security forces deemed it safe for them to come take the test, they came.”

The Torah Response to Tragedy

The truth is, one of the leading members of Dirshu’s hanhala explained, “While of course, all hishtadlus has to be taken on the security front, the age-old Torah response to any tragedy has always been spiritual in nature. They try to commit acts of terror and we respond with another test and another Dirshu program that will increase limud haTorah and accountability in learning in Klal Yisroel. We know what really protects us. That is the authentic Jewish response to terrible events such as those we witnessed in Elad. Lomdei Dirshu, just by showing up en masse and taking the test despite the circumstances, have shown the unique ahavas Torah, resilience and bitachon in Hashem, that Dirshu learners possess.” 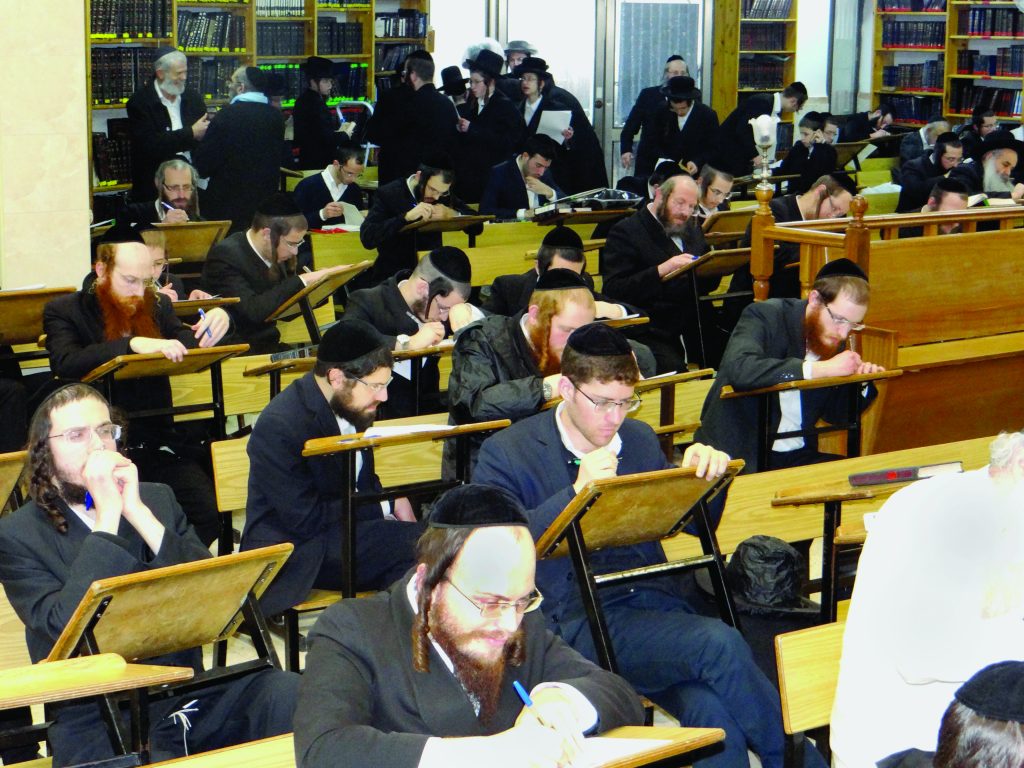 You Can Still Join

The Dirshu Daf HaYomi B’Halacha program has just completed hilchos tzitzis and began the halachos of tefillin. The machzor shelishi, which began three months ago, has had unprecedented participation with estimates of over 100,000 lomdim participating in the program. Nevertheless, if for any reason, a person was unable to join at the beginning, learning and knowing hilchos tefillin provides a unique opportunity to master the halachos and ensure that this integral mitzvah performed by every Jewish man daily is performed in the best, and most “lechatchilah” way possible.

Now is the time to join Daf HaYomi B’Halacha and not just learn hilchos tefillin but know hilchos tefillin. Those who are already participating in the Daf HaYomi B’Halacha program are bringing the learning of daily halacha into their lives. If you have not yet started taking the tests, perhaps now is the time to start. The accountability that comes with pushing oneself to take a test will enrich you and give you a feeling of accomplishment, a feeling that will infuse you with chizuk and a true sense of kinyan haTorah. Try it! 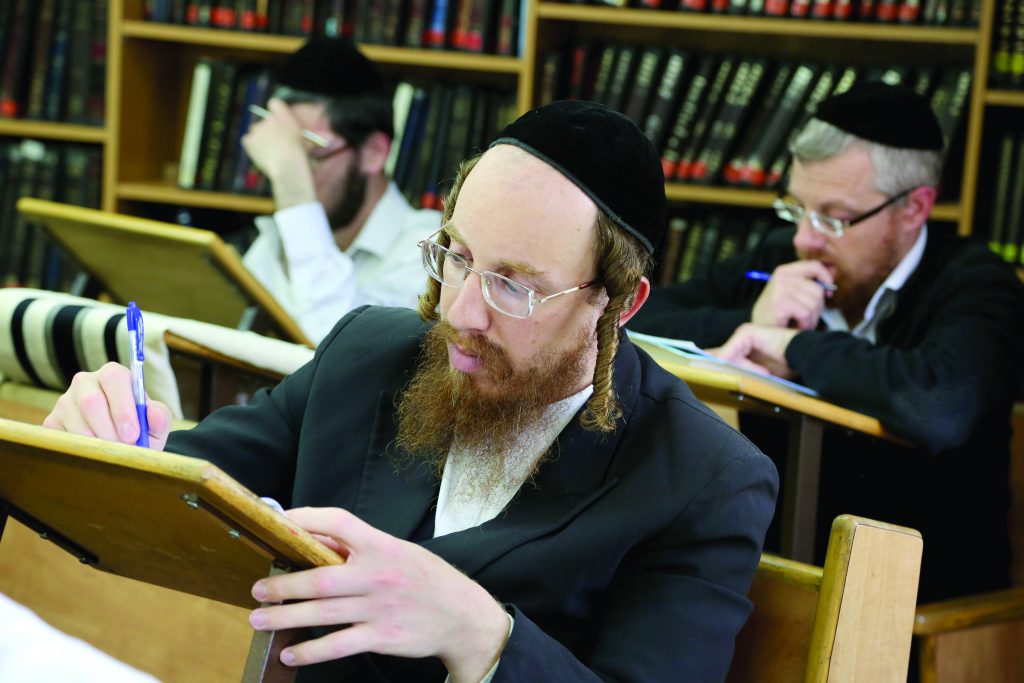